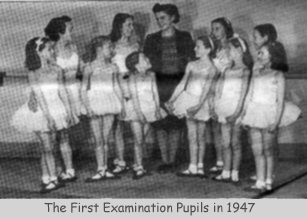 In 1946, Margaret (Peggy) Spencer and her cousin Winifred founded the Marwyn School of Dancing using part of their names for its name.

The initial classes were held above what was then, Burton's outfitters, on the corner of Hamilton Road and Orwell Road in Felixstowe. They started teaching ballet, tap and acrobatic dancing.

After a move to Wolsey Gardens the school then moved again in 1961 to a purpose built studio at Margaret's family home in High Road East, Felixstowe.

Pianist Mirrie Nice who retired in 2005, played for the school from it's formation. 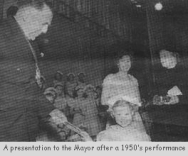 In 1977, former pupil Jacqualine Bloomfield, together with her mum Mrs Hedley, formed the Ipswich Branch of the School based at St Augustine's Church Hall. Later, it moved to it's current location at the Scout Hut, Foxhall Road, Ipswich.

In late 2000, Margaret's daughter Tricia made a welcome addition the teaching team at the Felixstowe studio.

By 2006, the Felixstowe school had outgrown its premises and moved to new larger premises at the Scout Hut in Bath Road. The new studio made a huge difference to the School, with more space, changing rooms and kitchen facilities.

In January 2017, the Ipswich School celebrated its 40th anniversary.

Both branches continue to grow in numbers and we all look forward to this continuing long into the future.